How to Fill Potholes 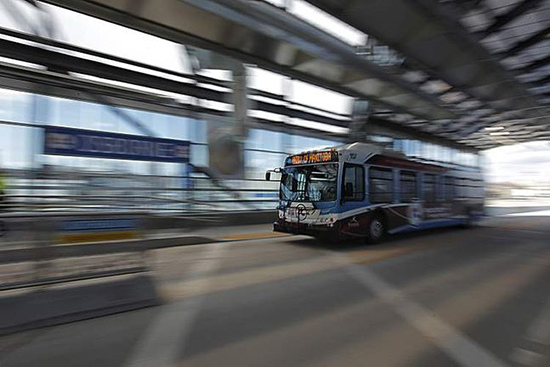 The people of Winnipeg have become a tired and irritable bunch. They have endured the worst winter since the invention of the automobile and now are living through what might be the worst spring for potholes since they started making roads for those vehicles.

It's understandable then, that as city council was presented with the details of a $590-million plan to complete the city's first leg of rapid transit, the public, politicians and media all wondered aloud if the money would be better spent filling that proliferation of potholes.

As we yet again get dragged into the quagmire of a 60-year-old rapid-transit debate, every Canadian city Winnipeg competes with for investment, immigration and tourism has been lining up to announce their long-term commitment to rapid-transit development. Vancouver is currently constructing a $1.4-billion expansion to its Skytrain system, Calgary and Edmonton have announced billion-dollar additions to their existing networks, Ottawa will be investing $3 billion over the next 10 years and Hamilton and Kitchener are both building new light-rail systems.

Most of these cities face the same infrastructure challenges as Winnipeg, but their leadership believes the solution is not a choice between conflicting priorities of transit spending and road repair. Rapid transit is seen as a complementary strategy that addresses the root causes of infrastructure deficits, helping to make road-maintenance budgets more sustainable, in part by reducing private vehicle use and in turn road wear and capacity demands.

In Winnipeg, as in most Canadian cities, the challenge of increasing bus ridership is faced with overcoming a negative public image. The American organization Walkscore.com recently listed Winnipeg as the 12th most transit-friendly city on the continent (fourth in Canada), yet this stigma still widely exists here. Investment in rapid-transit systems that are modern, efficient and accessible have the ability to transform these perceptions, making it attractive to a broader market.

To reach levels of transit ridership that have a measurable effect on the number of cars on the road, the personal benefits of transit use must be widely seen as outweighing the convenience of a private vehicle. The most important driver of transit patronage is reduction in commute times. Only the increased speed, reliability and capacity of a fully established rapid-transit network can achieve this result. The ancillary costs of driving -- including fuel, parking, insurance and even car ownership -- then help establish transit use as a desirable option. When this intellectual threshold has been crossed by the general public, cities begin to see changes in commuting patterns and traffic volumes that can reduce the cost of road construction and maintenance.

In the battle against infrastructure deficits, rapid transit's greatest contribution can be as a strategic city-planning tool that guides infill growth and combats urban sprawl. By promoting increased density and a more compact city form, the need for new suburban road construction is diminished, and distances and traffic levels are reduced.

The planning strategy exploits the attraction of rapid-transit stations to development opportunities within existing areas of the city, rather than on the suburban fringes. Commercial and residential properties within walkable distance of each transit hub become desirable and experience a significant increase in value. This demand encourages private investment on these properties and drives higher density infill growth in a process called transit-oriented development (TOD). A symbiotic relationship is established as the demand for adjacency to transit stations increases density, which in turn increases ridership and profitability of the transit system.

In some cases, entire new neighbourhoods are constructed this way. Cities such as Calgary and Ottawa have leveraged their rapid-transit development into significant economic growth, luring private investment that is many times greater than the public contribution.

The attraction to the development opportunity along rapid-transit lines can be seen even with Winnipeg's half-completed single route, as several TOD developments are currently under construction or on the drawing board. As these projects progress, however, enforcement of the TOD design guidelines established in the planning document Our Winnipeg will be critical to leveraging the greatest return from the public investment.

Successful examples of TOD across North America all incorporate specific physical design elements necessary to encourage alternate transportation and maximize transit use. The goal is to create high-density, complete, urban communities, with a connected street network that considers pedestrians first. Buildings are typically located at the sidewalk edge, oriented to the street and public spaces. Diversity is promoted with a range of housing types and commercial activities that are intertwined with the residential population in mixed-use buildings on mixed-use streets.

Unsuccessful TOD often digresses into segregating residential, commercial and retail zones on different areas of the site, surrounding them with asphalt parking lots like a traditional suburban retail centre. Without creating a true walkable urban neighbourhood, the result is generally a car-oriented development adjacent to a transit line, often acting more like a suburban park-and-ride. These areas rarely achieve the lifestyle shift that reduces reliance on the automobile, resulting in lower real estate demand and a failure to capitalize on the unique opportunity to leverage its proximity to transit.

Cities without rapid transit often debate its value for years before moving forward, but those that have built it invariably realize its benefits and rush to expand and build more. Successful transit systems can be leveraged into significant economic growth while reducing pollution, improving public health and quality of life.

With a growing economic disparity in Canadian cities, transit can also enhance social inclusion by improving mobility and providing greater access to employment, education and cultural facilities for all citizens. Most importantly, rapid transit can play a central role in promoting density and economically sustainable urban growth, so we can finally afford to fill all those potholes.