Crisis creates opportunity and leverage for change. As governments prepare to make once-in-a-generation stimulus investments to fight a global recession caused by the COVID-19 pandemic, we are faced with an opportunity, if not an obligation, to use it to change our world. 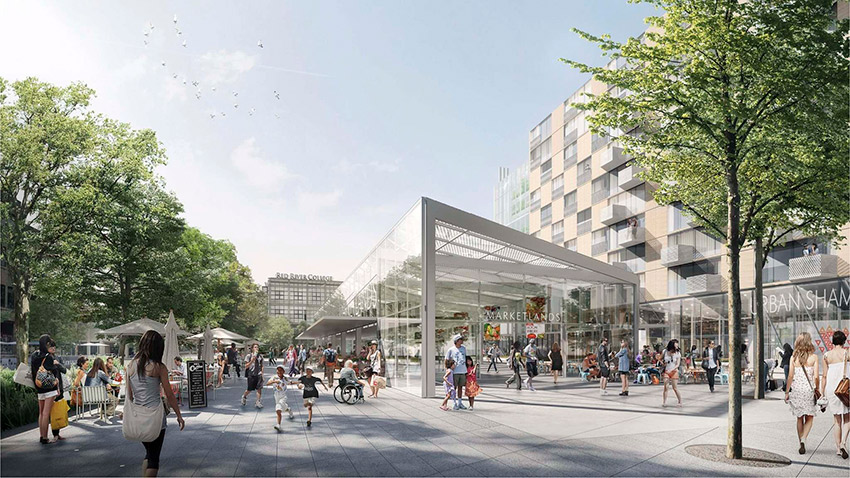 We are faced with a lot of uncertainty about what the future holds, but we are not powerless against it. The choices we make today will create the tomorrow we live in. Our decisions must be guided by a vision for the future, holding every public dollar we spend up to the light and asking ourselves, what will this do today, and what will it do tomorrow?

Changing our world doesn’t mean we need to start building wind turbines, autonomous vehicles and solar panel factories. The future can learn from the past. It can be simple, low-tech, but effective.

There is an old, not-very-sexy machine that could be the key to making our cities more sustainable, more liveable, and more just — the humble bus. Public transit use has cratered during the pandemic, and it will likely be a lasting casualty. The only way to change that will be with high levels of investment to improve service and reduce crowding.

The number of cars on Manitoba’s roads has already grown by almost 50 per cent since 2005. Congestion has increased, commutes are longer and today, half of Winnipeg’s greenhouse gas emissions come from vehicles. Imagine the social, environmental and economic impact if the 170,000 trips taken on transit every day were replaced with 170,000 more cars on our roads.

We have an opportunity to use this crisis to redefine the perception of public transit in our city, not only to regain lost ridership but to increase it, by making transit more convenient, more comfortable and more frequent. Public transit may be an old idea, but it can modernize how we move around our city, reduce emissions, and even incentivize growth and investment through transit-oriented development.

Until transit levels are restored, investing in a comprehensive active-transportation network that can be implemented quickly could be vital in providing access to employment, education and recreation. Because they use high amounts of labour and local materials, constructing bike-lane and sidewalk infrastructure has proven to create almost 50 per cent more jobs for every dollar invested, compared to car-only road projects.

Active transportation could be an important short-term response to the pandemic crisis, and a legacy that transforms our urban mobility. British Prime Minister Boris Johnson recently proclaimed that the pandemic should result in a new golden age for cycling. It can do that here, too — if we build for it.
Many are predicting that even after the pandemic is over, working from home might be a trend that continues, reducing the need for commercial office space. This could have a significant effect on the downtowns of Canadian cities, affecting housing demand, local restaurants and shops, and arts and entertainment venues already hit hard by the pandemic.

Stimulus dollars targeted at downtown development could redefine the city centre and usher in a new era of residential urban growth. 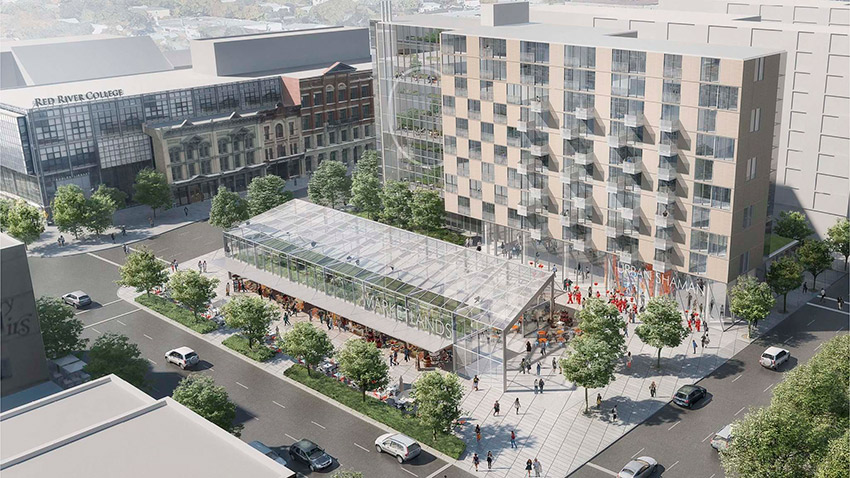 (Daoust Lestage Architects) The Market Lands development will be built on the former site of the Public Safety Building.

Investing in downtown development is another old idea. For many years, government programs have successfully encouraged downtown residential growth to drive urban renewal. These programs could be replicated quickly.

A shining example of this success came in 2004, when the City of Winnipeg spent $9 million building Waterfront Drive. That investment is still leveraging private spending today; with two new projects soon beginning construction, it will have attracted more than $200 million in private development, creating almost 1,000 new homes.

Tax increment financing (TIF) has also been used as a successful development driver in downtown Winnipeg. Using deferred taxes as the incentive instead of up-front spending, it could be an attractive strategy to promote economic growth for today’s cash-strapped governments. TIF programs have leveraged more than a billion dollars in private downtown development in Winnipeg, creating more than 2,700 new homes over 15 years.

New TIF programs could be targeted to respond to important needs, such as affordable housing, helping to create neighbourhood diversity and addressing the fact that 21 per cent of Winnipeg households live in unaffordable housing, as reported by Canada Mortgage and Housing Corp.

A prosperous downtown is a catalyst for foreign investment, tourism and immigration. It is also a source of civic pride, all of which might be particularly important as we negotiate the difficult economic times ahead.

One important project that could capture the city’s imagination and redefine Winnipeg’s downtown is the Market Lands development on the site of the Public Safety Building, currently being demolished in the Exchange District.

The first phase of the development will include a sparkling glass public market building and mixed-use affordable housing tower, targeting net-zero energy use, with several arts organizations establishing an urban creative campus on the bottom floors.

As Waterfront Drive did 16 years ago, the dynamic first phase will create a new focal point downtown and be a catalyst to attract private development on the remainder of the site and beyond.

It is estimated the development will leverage more than $100 million in private investment, create almost 1,500 person-years of employment, and return almost $26 million in provincial and federal taxes from construction alone.

Accelerating visionary projects such as this and others with stimulus funding would create a lasting effect on the future of downtown and the city.
Changing our world doesn’t mean reinventing it, and it doesn’t necessarily require futuristic ideas. Sometimes old ideas, such as investing in public transit, affordable housing and downtown development, or simply building a few sidewalks and bike lanes, can be all that’s needed to make the most effective change.