As half the world hid in their homes trying to avoid a deadly virus, we had a lot of time to wonder what our "new normal" would look like. As we watched New York melt down, Gotham City imagery of skyscrapers, bustling streets, and tiny apartments made it easy to assume that population density might become a COVID-19 casualty.

Drawing a line between population density and viral transmission seems like simple logic. New York is the highest-density city in the United States and its biggest hot spot for COVID-19. Living near more people intuitively means closer contact with others. It seems to add up. 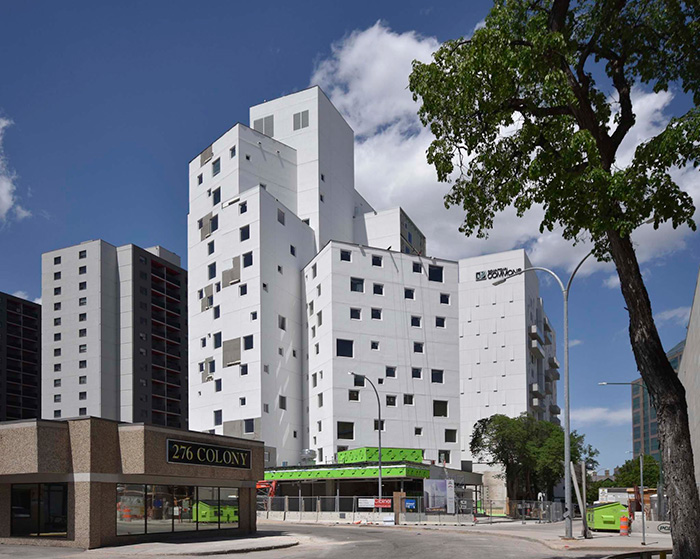 Closer investigation reveals that density does matter, but it depends on your frame of reference.

At the scale of a city or neighbourhood, population density has not been a key determinant in viral transmission during the COVID-19 pandemic. At the very least, it is so far behind other factors such as travel, public policy, collective behaviour and income levels, that little correlation can be drawn.

Cities such as Seoul, South Korea and Hong Kong, with much higher population densities than New York, saw fewer than ten COVID-19 related deaths. San Francisco, the second-highest density American city, had only 43 deaths, compared to New York’s 20,000. Even in New York itself, the hardest-hit areas were in distant suburban neighbourhoods, not in super-dense Manhattan.

Vancouver, Canada’s densest city, experienced fewer COVID-19 numbers overall, and about 35 per cent more cases were found in the suburban health region that includes Burnaby, Surrey, Langley and Abbotsford, than the higher-density urban region that includes the City of Vancouver.

Many people in Winnipeg felt that living in a low density, suburban city was an important factor in dodging the pandemic. Fargo-Moorhead, just across the border, however, is a city with one-quarter the population and a 40 per cent lower population density than Winnipeg, yet it had almost 2,000 COVID-19 cases and 70 deaths, compared to Winnipeg’s 215 cases and five deaths.

Even when the scale of density is reduced from cities and neighbourhoods to individual buildings, there is little evidence linking it with COVID-19 transmission. Despite fears that living in apartment buildings with elevators and shared corridors would increase the potential of exposure, in reality, few apartment buildings in North America reported becoming hot spots where transmission was occurring between residents of different units. The physical form of multi-family buildings themselves has not proven to be a real-world driver of transmission rates.

When brought down to the scale of individual rooms or homes, density does become a significant factor in virus transmission. The vast majority of COVID-19 transmission happens directly between people with long exposures to each other. A well-publicized study of a multi-use high rise in Seoul demonstrated how important this proximity is. The 19-storey tower had 900 office workers and 200 residents. One COVID-19 case was found in a high-density call centre with 216 workers packed onto the eleventh floor. Everyone in the building was tested and it was found that 97 people had the virus, 93 of those worked in the call centre and 89 of them sat on the same half of the room as the original case. The elevators and common areas throughout the building had little effect, but crowding into a single room did.

Residential density has been shown to work in the same way. Crowding is far more important to viral spread than density. Neighbourhoods where people live in overcrowded conditions, almost always lower-income communities, have seen the highest rates of transmission. This is true in Toronto, Montreal, and New York. In Toronto, several adjacent neighbourhoods that are predominantly made up of high-density multi-family housing saw drastically different infection rates. This difference was defined by income levels and the resultant higher occupancy of individual units, as people live with multiple roommates or extended family to share the high cost of housing.

The instinctive reaction will be to use the pandemic as another reason to oppose higher density growth, but affordable housing and infill development should instead be a vital strategy to prepare for future pandemics. By promoting more diverse housing options — including secondary suites, duplexes, triplexes, apartments and rentals in all neighbourhoods — we can improve housing affordability and reduce the overcrowded conditions that led to concentrated virus spread in poorer neighbourhoods.

Using housing diversity and infill development to provide improved access to new neighbourhoods for younger and lower-income residents would begin reversing the widening wealth gap between neighbourhoods that have cyclical intergenerational effects on poverty and health, while increasing access to education, recreation and employment to a more diverse population.

Federal and provincial stimulus programs, focusing on building large amounts of affordable housing across all neighbourhoods, even the most exclusive, coupled with civic infill strategies that loosen the low-density zoning requirements that create the economic barrier keeping mature neighbourhoods out of reach for many residents, would be a valuable kick-start to the economy and a path towards building more resilient and inclusive cities.

Many have projected the Covid-19 pandemic will be the end of cities and cause a doubling down on suburban life, but cities that will prosper in the "new normal" will do exactly the opposite. Covid-19 did not spread in places with too many apartment buildings, it spread in the ones with not enough of them. It may be counterintuitive, but if we want our future to be one that is better prepared for challenges like a global pandemic, building diverse neighbourhoods with more affordable housing options and less overcrowding, will be an important part of the way forward.