All North American cities use zoning to regulate the development of land and buildings. By assigning properties into different categories of parkland, commercial, residential and industrial uses, zoning establishes the rules for what can and can’t be built. The vast majority of residential neighbourhoods in Canadian cities fall under a single-family zoning category called R-1, which generally mandates a land use of one detached house per lot.

The first municipal zoning ordinance in North America was established in Los Angeles in 1908, to ensure factories were not being built beside houses. The move toward specific single-family zoning, however, has a much more disturbing origin, rooted in deliberate social impacts that continue to affect cities today. 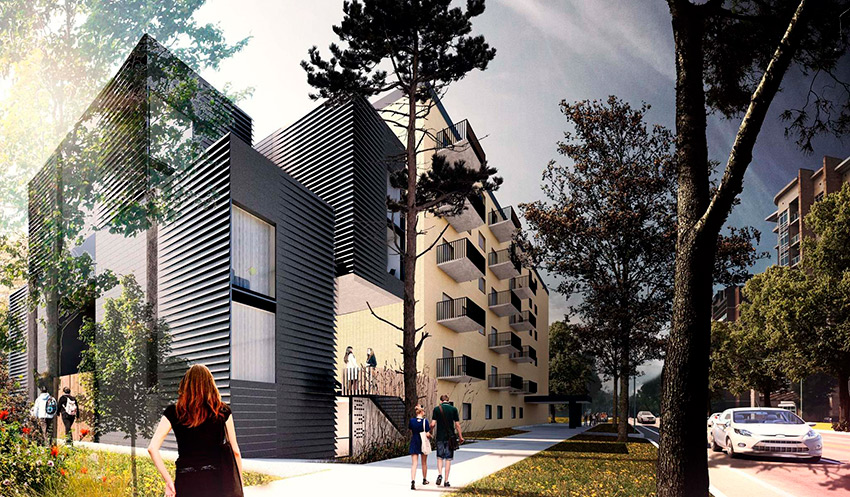 Image: 5468796 Architecture - A proposed infill development in Osborne Village will add new residential options to a community that is already a diverse mix of single- and multi-family housing.

In the early 20th century, American cities used racial zoning to establish segregated residential neighbourhoods, by restricting where non-white residents could live. In 1917, the U.S. Supreme Court struck down the concept of race-based planning, but municipalities, under pressure from residents, quickly circumvented the ruling by implementing a new form of exclusionary zoning. They would make it illegal to build anything but a single-family home in certain neighbourhoods, often with minimum lot and house sizes.

This new policy, overt in its intention, delivered the same results. By ensuring that only people who could afford the most expensive housing type would have access to single-family zoned communities, neighbourhood segregation continued for less affluent residents, which was often connected to race. The practice was upheld by the Supreme Court in 1926, leading to more racially and socially segregated neighbourhoods in cities across the United States and eventually Canada.

Where a person lives affects all aspects of their life. Reduced access to socio-economically integrated schools can affect performance for lower-income students. House values in less diverse neighbourhoods are frequently suppressed, reducing accumulated wealth for families. Employment and recreation are often concentrated in wealthier areas, limiting opportunity to improve economic status and quality of life for all.

These factors contribute to a widening wealth gap between neighbourhoods that has cyclical intergenerational effects.

The City of Minneapolis recently made an ambitious move to confront its history of housing segregation by implementing a plan called Minneapolis 2040. It’s based on the ideal that every neighbourhood, even the most exclusive, should be available to all residents, regardless of social or economic background.

The new policy makes the unprecedented move of completely eliminating single-family zoning across the city. Every residential lot is now permitted to have as many as three residences built on it. New triplexes must continue to meet height and lot coverage requirements, but the move effectively eliminates the developer incentive to build more single-family infill housing.

The historic plan includes other reforms to help incentivize higher-density and affordable infill growth. Minimum parking requirements for all new developments have been eliminated, a significant obstacle for infill development. Apartment buildings of up to six storeys are allowed near transit stops. A US$40-million affordable housing grant program has been created and an "inclusionary zoning" policy is being implemented, requiring a percentage of all new multi-family units to be priced for moderate-income households, no matter what neighbourhood they are located in.

The overarching goal of Minneapolis 2040 is to use housing diversity to begin erasing the socio-economic lines between neighbourhoods, increase overall density through infill growth and improve housing affordability. It is an inspirational model for sprawling cities such as Winnipeg that are struggling with social division.

Increasing housing diversity in mature neighbourhoods also responds to the needs of current residents as they transition through different stages of life. Winnipeg’s many single-family zoned neighbourhoods mean young people and new families unable to afford the rising cost of a house must often leave their community to find options elsewhere.

Aging homeowners are also frequently forced to leave their neighbourhood and social networks when downsizing, because rental or multi-family options do not exist in their community.

Evidence of this phenomenon might be found in Winnipeg’s traditionally francophone communities. There appears to be a strong correlation between the ability of these neighbourhoods to retain the evolving francophone population and the availability of diverse housing options that meet the needs of both older and younger residents.

In the census years between 2006 and 2016, St. Boniface and Norwood saw a reduction of almost 20 per cent in French-speaking residents. In these areas, people living in rentals increased by only one per cent and those living in multi-family housing by three per cent. In adjacent neighbourhoods such as Glenwood and River Park South, where rentals and multi-family housing both increased by more than one-third, the francophone population increased by 20 per cent.

These trends seem to support the theory that infill growth built to provide a range of housing options is important to allow people, young and old, to continue living in their neighbourhood as their life conditions evolve.

Winnipeg could take inspiration from Minneapolis and use the coming residential infill strategy to begin breaking down the social and racial neighbourhood divisions we have in our city. By allowing and even promoting more diverse housing options — including secondary suites, duplexes, triplexes, apartments and rentals in all neighbourhoods — we would be inviting more social diversity, creating opportunity to age in place and building a more inclusive city.

The future success of Winnipeg depends on our ability to break down social barriers. Housing is an integral step toward this goal.

The economic case for infill development and higher-density growth in cities is simple — more people paying for less stuff is good. Finding social sustainability through infill development in our neighbourhoods might be even more important to our city’s long-term prosperity.