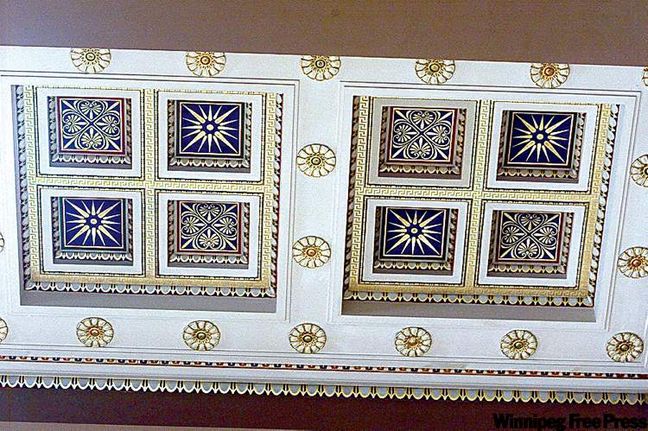 With beautiful, mosquito-free weather this summer, the time is right to take an urban 'staycation' and discover the often unappreciated beauty, history and distinct architectural character that makes Winnipeg as interesting and unique as the cities we visit as tourists.

As beautiful as Old Montreal or Vancouver's Gastown, Winnipeg's Exchange District, with its muscular brick warehouses aligned on cobblestone sidewalks can be as inspiring as any historic urban area in North America. Participating in one of the walking tours offered by the Exchange District BIZ brings to life the intriguing stories those heavy brick walls have to tell. With specialty themes such as Death & Debauchery or Winnipeg General Strike, each tour provides a captivating look into the rich history of the Exchange District.

Taking in a lunchtime concert at the area's redeveloped Old Market Square provides the opportunity to experience the controversial design for the new 'Cube Stage.' Its intriguing modern form sits in stark contrast to the surrounding historic buildings that include the Union Bank Tower, Canada's first skyscraper: a structure of such significance that if it were in Toronto it would adorn stamps and post cards. For two decades, it has been nothing more than a long shadow on Main Street, but scaffold and construction fences today provide evidence of its rebirth as the Paterson Global Foods Institute for Red River College.

Exploring the downtown as a pedestrian invites the discovery of unique urban treasures such as the tranquil pathways of Stephen Juba Park, the regal terra-cotta sculptures that adorn the Paris Building or any one of the nearly 30 galleries, 200 restaurants or dozen theatres, scattered throughout the city centre.

The reward for parking the car and taking the time to investigate what lies behind the stoic walls of Winnipeg's historic architecture is the opportunity to discover some of the most magnificent hidden spaces that can be found in any city in the country.

The familiar Greek Temple at Portage and Main is a perfect candidate for this type of discovery. Designed by McKim Mead and White, the renowned New York architects responsible for Penn Station and the original Madison Square Garden, the breathtaking interior hall of the Bank of Montreal expresses the classic elegance of a European cathedral. Built in 1911 at an astronomical cost of $1.3 million, its immense columns of imported Italian marble rise up 18 metres to an ornate coffered ceiling finished in gold leaf.

Perhaps an even more dramatic interior space can be found a block away along what was once known as 'Bankers' Row.

Behind the austere facade of the Canadian Bank of Commerce now known as the Millennium Centre is a spectacular marble hall highlighted by a dramatic 15-metre-diameter glass dome at its centre. Rivalling the great banking halls of Toronto and New York, its jaw-dropping beauty would be a highlight on the tourist trail even if it were on Wall Street in Lower Manhattan.

Another unheralded legacy of Winnipeg's early prominence is a rich collection of beautiful century-old churches in the city centre.

Not the most well-known of these, but likely the most spectacular is Holy Trinity Anglican Church, hidden behind several leafy old elm trees across from the Millennium Library.

Its design came as the result of Winnipeg's first international architecture competition, with Englishman Charles Wheeler being awarded $300 as the winner, selected from 20 submitted entries. The church's elegant stone exterior only hints at the richly ornamented interior within. With limestone walls and numerous stained-glass windows, its most spectacular feature is a Gothic, dark-stained oak hammerbeam truss ceiling. In 1883, the Manitoba Free Press proclaimed it to be 'as fine a specimen of pure Gothic architecture as to be found on this continent'. A statement that still holds true today.

The greatest challenge facing modern downtown Winnipeg is overcoming the enduring public misconception it is unsafe, vacant and uninteresting. If more of us were inspired to take an urban 'staycation' and explore the city as a tourist, stumbling across these and the many other hidden jewels waiting to be discovered in the city centre would certainly transform our collective image of the downtown. Traditional perceptions would give way to the compelling reality of our city's modern progress, architectural heritage and distinct urban character.

Republished from the Winnipeg Free Press print edition August 8, 2011 B4