Our Top TEN Most Inspiring Buildings 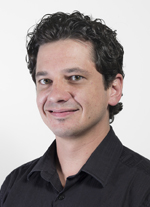 As a non-architect working in an architecture firm, I am often amazed at the level of knowledge, creativity and passion that goes into the design of a project. Architecture and design have the power to transform the way we live and inspire us to see the world in a different way. It can make the world around us more exciting, our cities more livable and sustainable, and our places of work more dynamic and interesting.

So I’ve often wondered: what do architecture and design professionals draw inspiration from? What buildings have inspired them to pursue a career in design? How does the work of their favorite designers that came before them carry into their own designs?

We asked TEN staff members to choose their most inspiring building of all time and explain why it is important to them. Here are their responses:

I had the good fortune to travel to Greece when I was in Grade 11. One of the places I visited was the Acropolis in Athens. As I walked up the hill, I was a young girl who thought I was going to be an engineer. Walking through the ruins, seeing the amazing reaction that a dilapidated building could bring to various people from around the world visiting the site that day was life changing. Over the next few years I started in the faculty of engineering, only to find I no longer had an interest in long days of math and calculus. I turned to this experience and trusted my reaction that day to help set a new path for university education… In the first year of architecture, I came across this and many other buildings I enjoyed on that trip to Italy and Greece. The rest is history… 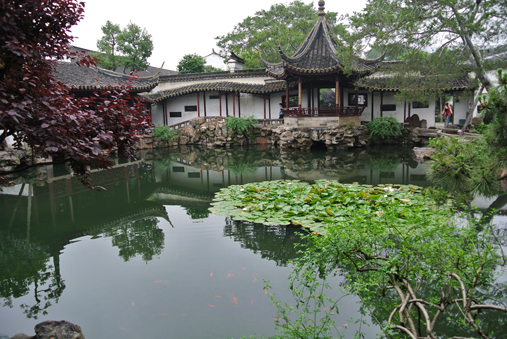 There are so many great buildings in the world that I love, and I haven’t seen them all yet. But if I have to choose just one, I would say my favorite building is the Master-of-Net Garden in China. It’s one of the small, ancient gardens of Suzhou, which is only ten minutes away from my old home. It was first constructed in 1140 AD (almost 900 years ago!) and probably is the best representations of classical Chinese garden art. Its original use was as a villa for wealthy people. It has the most beautiful wood-carved windows, a poetic bridge over flowing water, an incredible paved path, and every element of traditional oriental buildings you can imagine, yet is simple and pure in an ancient way. During those old days when I was living in Suzhou, it was a quiet, peaceful and elegant place to escape from the chaos of the city. On a spring morning, I would go there to grab a cup of green tea; on summer nights, I enjoyed the traditional music and dance there. Even a short walk around the pond after dinner inspired and refreshed me. 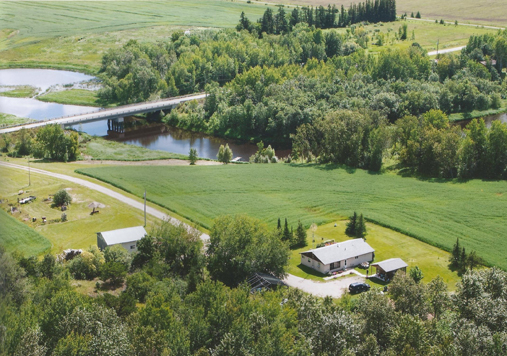 I could pick from an endless list of great and famous buildings. But part of what we aim to do as architects is create a sense of place. For me, my parents’ house provided the strongest sense of place for me, and the most meaningful connection to my life, making it my favourite building in the entire world. My parents built their own house, and that is where I lived for the first 18 years of my life. It’s not the most interesting or beautiful home; it’s a simple one-storey bungalow, maybe 1200 square feet or so, wood frame with stucco walls and a shingle roof. But it is where the majority of my best memories took place, and where I grew into the person I am now.

Burj Al Arab, also known as the ‘Sailboat Hotel’ in Dubai. Why? because it’s a cool design, iconic, and cutting-edge in its day. Also, it shows what a crazy budget can do for you! The project came in at a cool $650 million 20 years ago, which is equal to over a billion dollars in 2014. The other reason I love it is because they occasionally do crazy stunts like this on the helipad: http://www.youtube.com/watch?v=ZDCOf0TG2IU

On the bucket list to visit, but I probably can’t afford to actually stay there though! 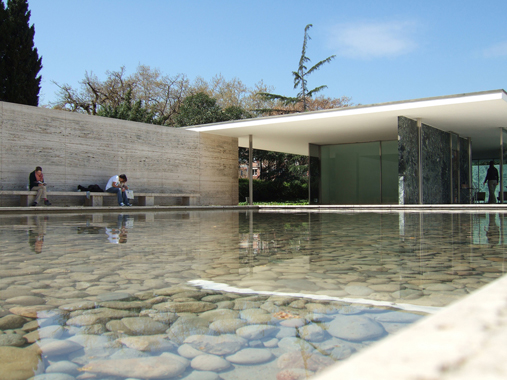 The Barcelona Pavilion, without a doubt has been the most influential building for me as a designer. It is been instrumental in my understanding of the elements of architecture through simplicity, materiality, texture, proportion, balance as well as connectivity and flow of space. The organization of the plan has always been something that I strive to achieve, with very simple subtle moves, spaces are created and understood. Meis van de Rohe’s designs are so graceful in their simplicity that every detail matters and every vantage point is considered as an opportunity to frame a beautiful image.

My first lego house I built as a kid. There lay the beginnings of all ideas, dreams and creativity that has become my design tool kit. 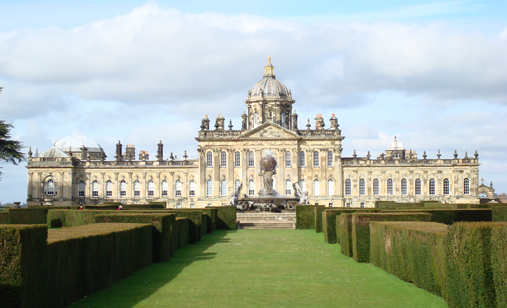 I’ve been there twice, and what I like about it is it’s so impressive in scale that it is hard to believe it operates as a private house. You can spend a whole day there walking the impressive grounds.
The wealth generated by the Howard family centuries ago is staggering to consider. One would need to spend well over a billion dollars in 2014 money to build something as impressive for a private residence. 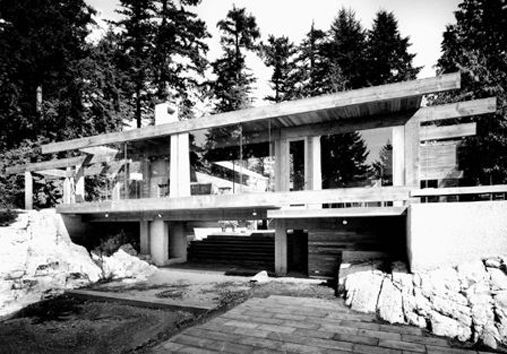 For me, it would have to be one of Arthur Erickson’s west coast modern houses. If I had to pick one particular house, it would be the Gordon Smith Residence in West Vancouver, built in 1965.

This house embodies all the key architectural elements of site, structure, art and space integration. The “inside-outside connection” is one of the best things that Erickson did in his designs. His buildings literally “extended out” into the landscape, bringing the surrounding site into the interior. And his use of structure to spatially define the spaces was always present and integrated with his designs. I was fortunate enough meet to meet Mr. Erickson himself, and also visit this house where I was even more intrigued and convinced in the power of architectural space creation. 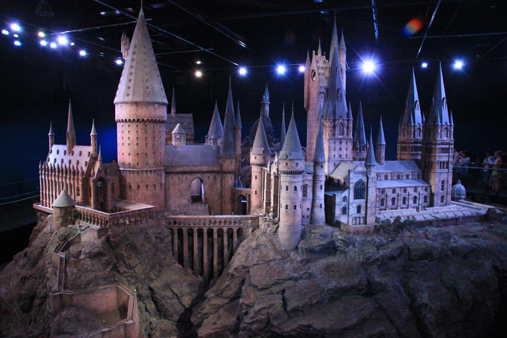 Although it may not be a traditional answer, I would have to say Hogwarts School of Witchcraft and Wizardry. You may laugh at the fact I am a massive Potter geek, but the Harry Potter book series sparks something within me that is valuable as a designer: imagination. Hogwarts gives me the ability to believe in the impossible. It is a place that affords my mind the freedom to travel beyond the constraints of the physical universe I know.

Le Corbusier’s chapel of Notre Dame du Haut in Ronchamp has a special place in my heart in large part because I made the pilgrimage to see it in person while travelling through France in the 1980’s. It is located very much off the beaten track and, while we had no trouble getting to the it via train and local bus, our only option to return to the train station in Nancy was to hitch a ride from a passerby. Quite an adventure and quite an extraordinary piece of architecture.