"This three-storey, flat-roofed concrete structure is probably the city’s most majestic example of Art Deco style, very fashionable at the time for commercial and institutional buildings." - Victoria Heritage Foundation

Redeveloping a nearly century-old industrial building into a contemporary office space is no easy task. Along with removing heavy and outdated machinery and systems, architects and designers must respect heritage designations while meeting the needs and standards of today’s modern office design. Such was the case when Number TEN took on the challenge of converting the 13,000 sq.ft. main floor of Queen’s Printer building in downtown Victoria, B.C. Interior designer and associate Leslie Myers and her team succeeded in creating a sleek, energy efficient modern office space that integrates many unique historic features while paying homage to the building’s industrial past.

The Queen’s Printer building opened its doors at 563 Superior Street in 1928, and served all aspects of Crown Publishing for the B.C. government until 2014. Until its doors finally closed, the main floor was a busy and highly industrial space, with printing equipment taking up one side and shipping and receiving on the other. Metal tracks ran through the factory floor, and rail lines encircled the building’s perimeter. The upper two storeys that once housed offices were recently renovated into modern government offices.

“It was essentially a working factory,” Myers said. “By the time our team got in there two years ago, most of the equipment had already been removed, but it was ancient. A lot of it – printing presses, plaques, elevators, doors – had been there since 1928. Our challenge was to create a space that works, inspires and endures.”

Victoria's Queen's Printer building was originally used for the production of official government documents and included printing presses such as the one shown below. 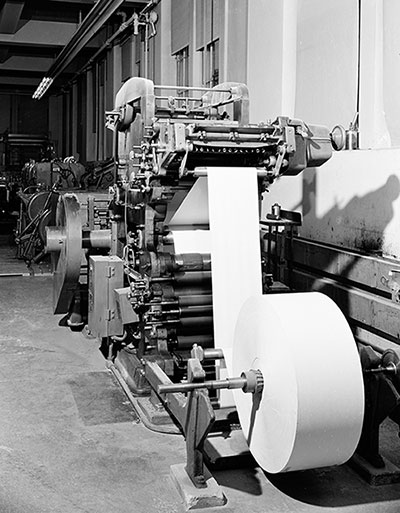 Image I-49923 courtesy of the Royal BC Museum and Archives

These challenges extended beyond the removal of heavy machinery.

“Because it was a warehouse, there were no washrooms on the main floor, and very limited HVAC. The windows, which were single-pane, metal framed and had asbestos putty, are part of the building’s exterior which has historic designation, so even though they did very little to manage exterior noise and heat, we had to keep them.” 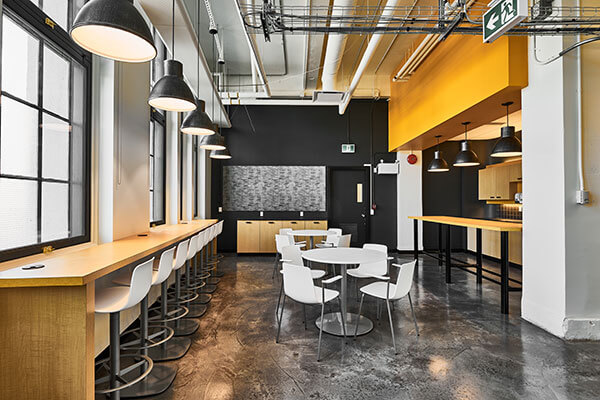 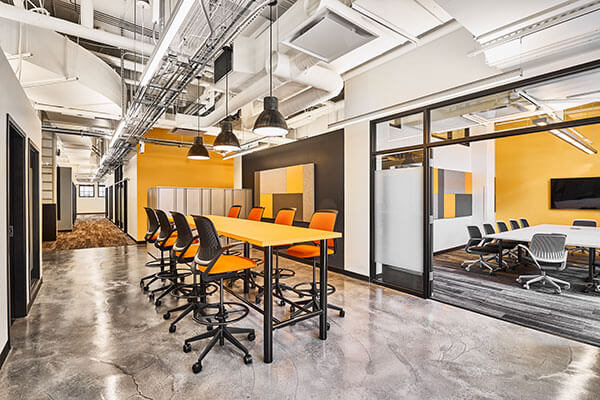 Number TEN’s team worked closely and collaboratively with their client throughout the process. It started by replacing the outdated HVAC, plumbing, electrical and mechanical systems and refinishing the floors. Wood-framed windows augmented the historic windows, adding an element of modern sophistication while greatly enhancing noise and temperature control. Historic elements – including a vault, a freight elevator shaft and sliding metal fire doors – were kept and integrated as unique features in the contemporary office space. The ceiling was left open, with industrial fixtures exposed and painted white so as to blend into the background, while the steel cable trays were left as-is. Historic touches – such as brass plaques and ladders – add beauty and interest to the high-end office design.

“I think sometimes it can be easy for people in our industry to fall into the trap of thinking: how much can we throw at this space?” Myers said. “We steered clear of that, and asked ourselves instead, ‘what’s necessary? What do we need? What can we keep?’ What we’re left with is a beautiful, efficient building with gorgeous, usable space, which to me is the most important aspect of a project.”

The Queen Printer building’s main floor now functions as a “swing space” to temporarily accommodate government departments that are in transition to new properties or where their own offices are being renovated. It will eventually house a permanent tenant. The vault, which has been redesigned as a meeting room, still features the original door with a new glass door inset, while brightly coloured and glassed-in office and meeting areas create a sleek and flexible workspace.

“We took the approach that you don’t have to change everything about a space to make it work,” said Myers. “And sometimes it’s even better if you don’t.”

Leslie Myers is an Associate with the firm and is the Lead Interior Designer in the Victoria office. She is also a leader of the Victoria chapter of Women in Construction (WiC Victoria). WIC is a grassroots Vancouver Island network working to promote and support female participation in the construction sector. 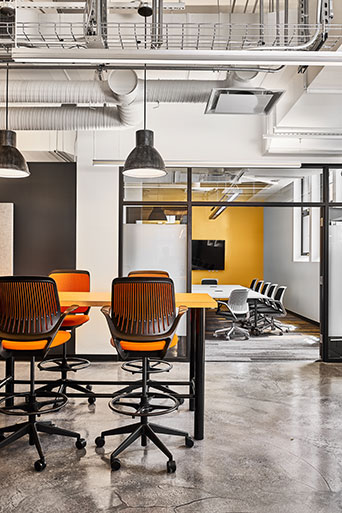