Copenhagen shows bicycles can improve cities and their citizens 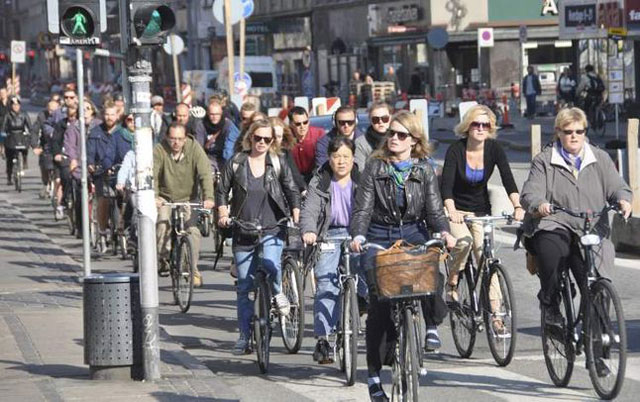 2Home to inspiring modern architecture, set within a dense and vibrant urban context, the most significant impression any visitor has of the Scandinavian capital is an overwhelming presence of bicycles.

In Copenhagen, 37 per cent of the population ride their bikes to work every day. With a vast, integrated system of separated lanes and dedicated lights, rush-hour traffic can often be heavier for cyclists than motorists. The system is so safe only 15 per cent of Danes choose to wear a helmet.

During a recent architectural pilgrimage to the Nordic city, I was lucky enough to visit prominent Danish architect and urban planner Jan Gehl. Having written several influential books on the design of livable cities, he has been instrumental in establishing Copenhagen's bike culture. In our discussion, Gehl lamented the lack of cycling infrastructure in most Canadian cities and cited the significant social and economic benefits it can have. He referred to a study commissioned by the mayor of Copenhagen indicating that when taking all factors into account, every kilometre ridden on a bike saves Danish society 25 cents and every kilometre travelled by car costs them 16 cents. 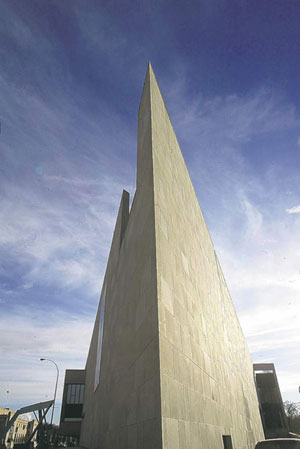 In 1912, Winnipeg peaked. The cosmopolitan and bustling young city of 170,000 people was riding a wave of affluence and growth that was without rival in North America. That year, 5,328 buildings were constructed, a boom of prosperity that continues to define the physical character of our city a century later. With a population that had tripled in the previous decade, what had become the third largest city in Canada was the undisputed king of the Prairies.

As office towers pushed skyward along Main Street and new residential districts grew away from the rivers, Winnipeg's optimistic young population looked to create a quality of life that would match the older centres of the east. In an effort to construct a "civilized" new metropolis, they would build grand cultural institutions befitting a city whose destiny was thought to be the stature of a Canadian Chicago. Theatres like the Capitol, Metropolitan, Walker and Pantages would rise in the downtown and a group of prominent businessmen would contribute $200 each to rent space in the new Industrial Bureau Building, providing a home for the Winnipeg Museum of Fine Arts, Canada's first civic art gallery. 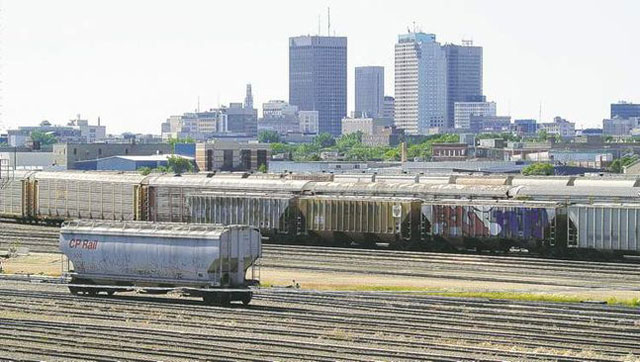 First we need to fix the roads, replace the sewers, fill the potholes. Our property taxes are too high already. We can't afford it. It would cost too much. There are bigger priorities for Winnipeg.

Sentiments like these have generally followed recent public discussion over the potential relocation and redevelopment of the Canadian Pacific Railway yards northwest of the downtown. Instigated by a request to government (by the Social Planning Council of Winnipeg) for a feasibility study, the public debate has met with significant skepticism over the value of what seems to be an unachievable goal, considering the apparent costs and current economic pressures on local government.

It appears to be linear thinking to conclude we cannot afford such a grand dream. If we don't have the money, how can we spend it?

In the spring of 1997, as a prairie ocean slowly formed around our city, we anxiously followed along as the provincial flood forecaster reported the rising water levels each day, describing it as 21, 22 or 23 feet above James. The term became a local catchphrase, but few people knew that "James" referred to the James Avenue Pumping Station, an unassuming little building along the Red River in the Exchange District.

As the waters receded, the spotlight dimmed and the building's last moments of fame faded away. A century earlier, however, the pumping station was one of the most important buildings in our growing young city. James Avenue Pumping Station. 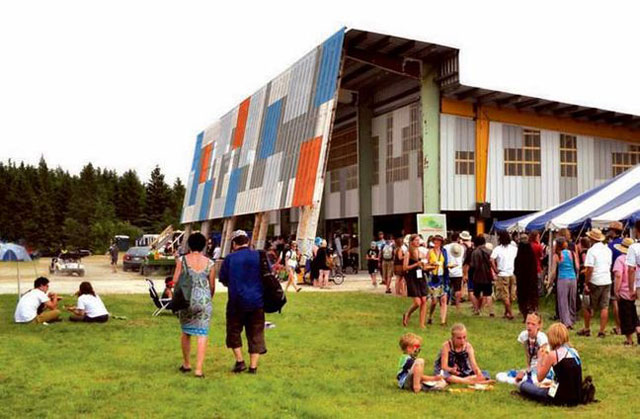 These statistics illustrate the profound effect buildings have on each one of us. Our physical health, emotional well-being and ecological footprint are all closely linked to the types of buildings we choose to build and inhabit.
Manitoba Hydro Place recently earned LEED Platinum certification for green building.