Diversity is a Place Called Home 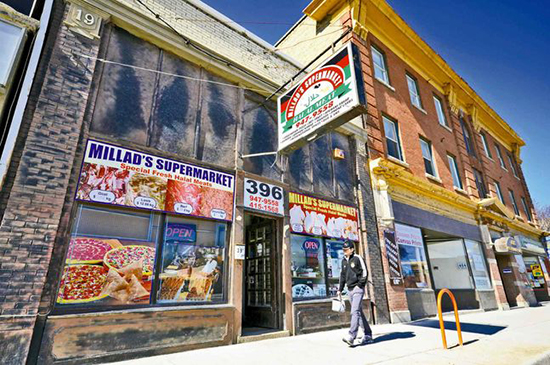 Winnipeg is a city with few natural advantages. It's flat, isolated and cold. It doesn't have Vancouver's snowcapped peaks, Victoria's elegant harbourfront or Toronto's economic engine.

What Winnipeg does have is old buildings. Although many people view these aging structures as dusty relics that symbolize decay and lack of progress, a change in perspective might reveal an asset that can be leveraged as a catalyst for growth in the same way as Edmonton's river valley or Quebec's historic ramparts.

Winnipeg's Exchange District is one of the most intact turn-of-the-century commercial districts in North America. Its value is not defined by the historic significance of individual buildings, but by the importance of the collection as a whole. Many cities have historic buildings, but few have cohesive heritage neighbourhoods. This is Winnipeg's advantage.

As a rare downtown area designed for pedestrians ahead of cars, its form and layout make it an attractive place for people. Human-scale, mid-rise buildings allow sunlight to reach the sidewalks. Handcrafted masonry structures with small, diverse storefronts offer a visual texture that enriches the pedestrian experience. Neighbourhood blocks are short and walkable, densely lined by facades built to the sidewalk edge that create an intimacy and definition to the streets.

These human-focused qualities promote livability in the Exchange District, establishing a sense of place and personal connection that make it fertile soil for growing a vibrant urban residential community that might even begin to permeate through the rest of downtown. As taxpayers, we spend a lot of money through grants and incentives to persuade people to live in the city centre, but demand in the market will never be self-sustaining until the conditions are created that make urban living attractive. This can only be achieved through the creation of a walkable, diverse, downtown neighbourhood. The Exchange District represents the most immediate opportunity to accomplish this goal.

The character of the National Historic Site has already proven to be a catalyst for population growth and development. Over the past decade, 35 residential projects have been constructed downtown with 22 of those happening in the Exchange, representing 800 of the 1,400 total units built. To improve on this growth and leverage the area's full potential in the future, it will be important to embrace the idea the value of the asset is in the collection and not with individual buildings. The smallest structures play the same role in defining the character of the area as the majestic marble banks along Main Street. If we fail to protect the seemingly insignificant buildings, a tipping point will come when the cohesive nature of the district is lost, along with its opportunity to be a catalyst in the city centre.

Beyond the more obvious value of the Exchange District, old buildings in all areas of downtown represent an opportunity for growth and neighbourhood building that is often not considered when evaluating their worth to the city.

The more affordable economics offered by older structures provides opportunity for start-up companies and local businesses, promoting a commercial diversity and entrepreneurship that can become a resilient backbone to the city's economy.

With the vast majority of Winnipeg's population growth coming from international immigration and migration from rural communities, the economic opportunity for small, family-owned businesses found in older buildings would seem vital for the future prosperity of the city. This small-scale local commerce is also important as the seeds for growing the vibrant neighbourhoods needed to make downtown living appealing.

People are attracted to an urban lifestyle that allows them to walk to the little grocery, coffee shop or hole-in-the-wall restaurant around the corner from their homes. Small-business owners often live nearby and service this local population. The commercial and social networks that are established by these businesses create walkable streets and livable neighbourhoods that in turn support larger development such as condominium towers. Older residential buildings provide a population diversity that is critical to creating active communities composed of people with varied ethnicities, economic backgrounds and lifestyles.

Building neighbourhoods is more than simply adding residential units. The opportunity to establish commercial and social diversity, facilitated by the low rent and small spaces typically found in old buildings is a vital component of building both a strong urban economy and urban community. Historic buildings also provide opportunity for start-up companies, arts groups and non-profit incubator organizations that are not only attracted to low rent and flexible spaces, but find value in the collaborative possibilities offered by being densely clustered with other creative industries. Old buildings throughout Winnipeg's downtown, particularly in the Exchange District, are filled with creative organizations that are central to the city's modern economy and future prosperity.

Constructing grand new buildings in isolation is rarely a path to prosperity for cities. Without an organic neighbourhood to connect them to the city, they often become islands in the downtown. With a simple change in attitude toward the value of Winnipeg's historic structures, we can begin to see them as an important asset, contributing a social and economic diversity that supports larger investment in new construction. As we develop urban-renewal strategies, the vital role old buildings play as the fundamental building blocks of neighbourhood development and entrepreneurship should be carefully considered before we hastily reduce them to rubble in the name of progress.