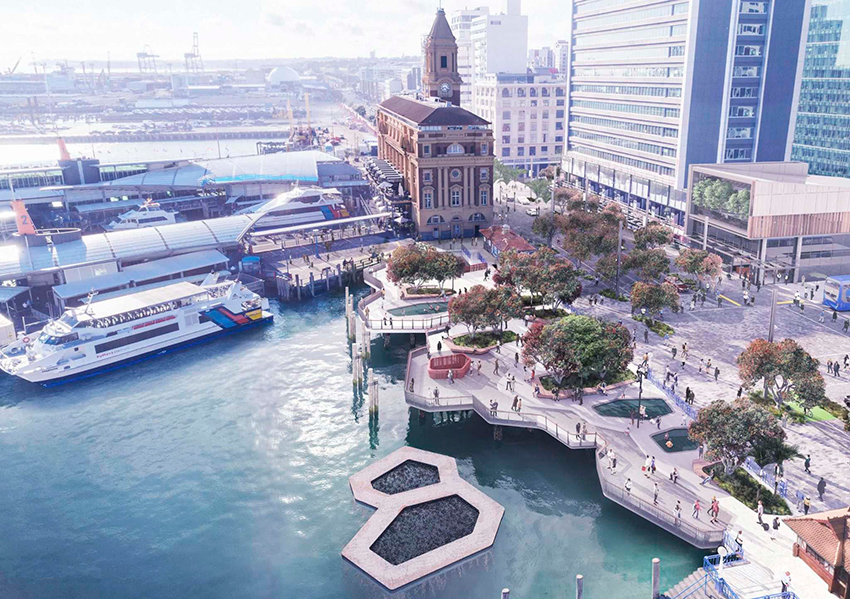 The stories modern cities tell often represent a short moment in the timelines of their place, as the ancient voices and traditions of those who came before rarely inform urban image, spirit or character.

With more than half of Canada’s Indigenous people living in urban areas today, there is an opportunity for change. Incorporating Indigenous values into the design of our cities, buildings and public places represents a valuable opportunity to deepen our collective sense of place, make meaningful progress toward reconciliation and create cities that are distinctly Canadian.

Canadians can take inspiration from Auckland, New Zealand, a city built on the traditional land of the Maori people, once known as Tamaki Makaurau, meaning "a place desired by many." In 1840, the Maori signed a treaty with European settlers and assimilation and the loss of land, language, culture and identity followed.

In the mid-1970s, a powerful Maori cultural renaissance took hold, focused on regaining tribal lands, language, art and culture. Since then, the Maori voice and experience have been elevated and intensified, as the country aims to realize the equitable, treaty-based relationships envisioned 180 years ago.

In 2005, New Zealand launched a transformative initiative called the Urban Design Protocol with the intent of making cities more economically and culturally successful through high-quality urban design. An accompanying goal was to empower the Maori voice and embed Indigenous cultural narratives within Auckland’s urban and architectural design.

The groundbreaking Auckland Design Office (ADO) was created to champion design-led solutions within government. Its Maori design department, a first of its kind in the world, was tasked with pushing toward a new type of bi-cultural city that is open to all and represents who Aucklanders really are. Its informal motto is "Moving from being Auckland to Tamaki Makaurau."

To achieve this, the Te Aranga Design Principles were established, founded on Maori cultural values. The seven principles provide practical guidance and framework for enhancing the outcomes of design but are intentionally not a set of tick-boxes to fulfil, with a building design falling out the other end of a prescribed process. The transition to a more inclusive design city is seen as a long game, hoping to embed Maori principles and thinking into everyday design, not merely to produce a series of one-off projects.

The Te Aranga are high-level concepts intended to challenge thinking and inspire conversation. The first principle is called Mana, which represents the authority Maori people have over place. All other principles are dependent on understanding Mana. It represents the delicate balance between power and authority.

Power often exists with city or developer, armed with money, manpower and legislation, but authority over place rests with the Indigenous people. Finding a balance that works for both sides comes through learning and conversation. The design office is guided by the Maori parable, "Discussion is the food of chiefs."

The other Te Aranga design concepts are high-level, but more outcomes-based. They include promoting the use of Maori names and narratives, protection of the natural environment, identifying cultural landmarks and enhancing bi-cultural relationships.

A key role for the ADO’s Maori design department is to provide guidance and advice to designers, bringing together tribal groups and consultants, ensuring the right voices are around the table to realize the strongest outcomes. An important goal for the department is to demonstrate through exemplary public projects what is capable when Maori principles are incorporated into design, hoping to inspire others to follow. 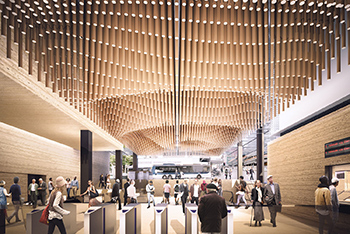 The ADO has been involved in a wide range of development scales and project types, including Maori art installations and public parks that reclaim natural ecologies. A series of train stations designed using the concept of land and sky being forced apart to open up the world, uses undulating wood ceilings to create the visual effect of flowing water. A steel and glass art gallery supported by large wooden columns evokes the image of the native forest, a place of Maori life force and spiritual essence.

A landmark project will be a $350-million redevelopment of Auckland’s waterfront, seen as a showcase of Maori design. It will weave Maori language, tradition and culture and into every component of the design.

Auckland’s leadership demonstrates the value of empowering Indigenous voices to create more "places of their place," and should be seen as an inspiration to all Canadian cities. By forming partnerships that allow Indigenous values to help guide and enrich our urban landscapes, we can create more culturally inclusive cities that reflect the past, present and future, the physical and the spiritual. They can help to heal social divisions, progress toward reconciliation and reflect the true cultural richness of our cities.