The killing of George Floyd in Minneapolis has ignited a vital conversation about systemic racism across all sectors of our society. An important part of this discussion is how we design our cities, which has been guided by policy rooted in racist history, and reinforced by decisions that continue to divide our cities and create social barriers today.

The COVID-19 pandemic exposed the racial inequity that exists in North American cities, with racialized neighbourhoods being hit disproportionately hard by the virus. The solution to combat systemic racism in urban design reads much like the solution to make cities more resilient against future pandemics. At the foundation of the challenge is housing. 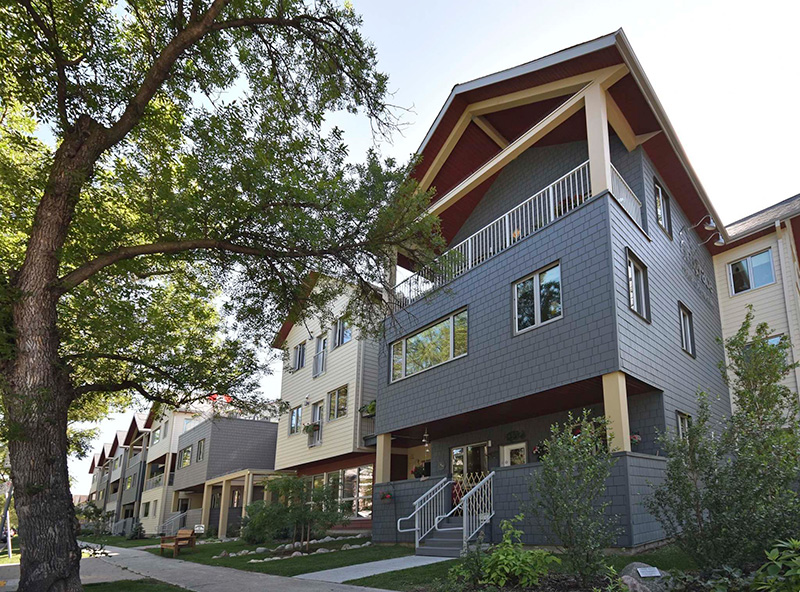 Where a person lives affects all aspects of their life. Reduced access to socioeconomically integrated schools can affect performance and graduation rates for lower-income students, disproportionately divided along racial lines. House values in less diverse neighbourhoods are frequently suppressed. This often has the effect of reducing accumulated wealth for families, an important means of building intergenerational opportunity. Employment, recreation and green space are often concentrated in wealthier, less diverse neighbourhoods, creating barriers for people to improve their economic status and quality of life.

Zoning regulations control where people live and how our neighbourhoods look. By assigning properties into different categories of parkland, commercial, residential and industrial uses, zoning establishes the rules for development. Zoning was created a century ago to ensure factories were not built near houses, but it has a darker history that influences social and racial divisions in our cities today.

At the turn of the last century, U.S. cities used racial zoning, restricting where non-white residents could live, to establish segregated residential neighbourhoods. In 1917, the U.S. Supreme Court struck down the practice of race-based planning, but white residents pressured city governments to find a new solution to maintain their "neighbourhood character," an expression still used today to oppose different types of housing development. Cities circumvented the ruling by implementing a new form of exclusionary zoning, making it illegal to build anything but a single-family home in certain neighbourhoods, often with minimum lot and house sizes.

This new policy did not hide from its intention and delivered the same results. By ensuring that only people who could afford the most expensive housing type would have access to single-family zoned communities, neighbourhood segregation continued for less affluent residents, which was often connected to race.

Most residential neighbourhoods in Canadian cities still fall under a single-family zoning category called R-1. The exclusionary effects of this remain today: they create economic barriers to neighbourhood access that affect a higher proportion of racialized residents and contribute to the widening wealth gap between communities.

Minneapolis, the city that re-ignited the Black Lives Matter movement, has made an ambitious move to confront the effects of single-family zoning and its racist history in housing segregation, by implementing a plan called Minneapolis 2040. It was approved only a few months before Floyd was killed. The policy is based on the ideal that every neighbourhood, even the most exclusive, should be available to all residents, regardless of social or economic background.

The policy makes the broad-stroke move of completely eliminating single-family zoning across the city. Every residential lot is now permitted to have as many as three residences built on it, without requiring a variance. New buildings must still meet height and lot coverage requirements, but the move creates the potential for more affordable, multi-family housing types to be built on every street in every neighbourhood.

To bolster the plan, an "inclusionary zoning" policy has been implemented, that requires all new multi-family buildings have a percentage of units priced for moderate-income households, no matter what neighbourhood they are located in.

To further assist the construction of affordable housing, the plan will also eliminate zoning requirements for minimum amounts of on-site car parking to be included in every residential development. In Winnipeg as an example, every residential unit outside of downtown must be accompanied by between 1.2 and 1.5 parking spaces. Each stall can cost up to $60,000 to construct and take significant amounts of land to provide, requiring higher rents to make the development economics work.

Zoning changes that break down the economic and racial divides in cities will only be successful if other programs are dovetailed with them. Minneapolis has also implemented the Affordable Housing Trust Fund Program to help finance the production, preservation, and stabilization of affordable rental housing in all neighbourhoods. The plan hopes to attract private and public partners to create innovative projects that offer a mixture of affordable and market rent suites, to reduce the stigma of social housing blocks and improve quality of life for residents.

Winnipeg and many other Canadian cities are economically and racially divided. These divisions create structural racism in our cities that acts as a barrier to opportunity and quality of life for many residents. Minneapolis is demonstrating that if we want to find meaningful solutions that create more equitable cities, we must establish broad, interwoven public policies that move us towards that goal. This may include making difficult and unpopular decisions such as the elimination of single-family zoning. Accepting that "neighbourhood character"’ must become more diverse, both socially and in built form, driven by the creation of more affordable housing options, is an important starting point along the journey to an equitable city.