Manitoba’s a great place to ‘staycation’

With borders closed and travel restricted, this year’s summer holidays are a unique opportunity to take a provincial "staycation" and explore some of the historic buildings and places in our own backyard. Most of Winnipeg’s important heritage structures are well known, but we sometimes overlook the province’s rich architectural history outside the city, where several National Historic Sites offer an "only in Manitoba" experience as unique as anything found on a vacation abroad.

If you grew up in Manitoba, the last time you visited Lower Fort Garry, just north of Winnipeg, was probably during a Grade 8 field trip. The stone fort rarely receives the appreciation it deserves, as the oldest intact fur-trading post in North America. There are many recreations and reconstructions across the West, but our old fort is a very rare, real thing.

Built in 1830 as the Hudson’s Bay Company’s administrative centre for the vast territory of Rupert’s Land, Lower Fort Garry is a monument of the fur trade, an era which played a foundational role in the development and exploration of Canada. The old stone walls witnessed the signing of Treaty One in 1871, and the pristine structures within are the oldest intact buildings in Western Canada, providing a connection to our country’s history as authentic as the cobbled streets of Old Montreal.

Wandering the manicured grounds, chatting with interpretive guides and absorbing the history of an original, perfectly preserved two-century-old trading fort is an experience that cannot be had anywhere else in the country.

When we think of tourism in Churchill, images of polar bears come to mind, but an amazing, often-overlooked building sits a short boat ride from town. Fort Prince of Wales is another piece of fur-trading history, but one that is much older. Construction began in 1731, making it the oldest building in Canada west of Montreal.

Outside of Quebec, only a few small buildings in Annapolis Royal, N.S., are older. Because of the harsh conditions and small crews, the massive fort took almost 40 years to complete. The former Hudson’s Bay Company trading post is today a series of walls and stone fortifications laid out in the familiar star shape, typical of many ancient European defensive forts, including the famous citadels at Halifax and Quebec City. 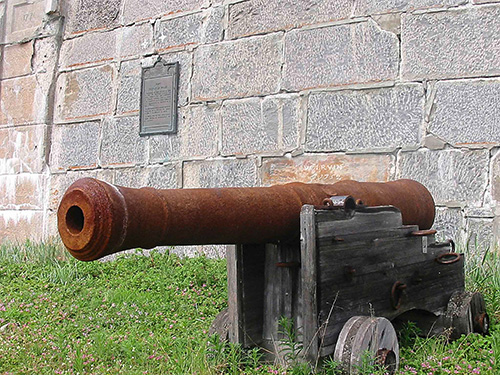 Despite having 42 cannons mounted on its huge walls, the fort, occupied by only 39 men, was captured in 1782 by three French warships carrying 400 soldiers. After the French unsuccessfully tried to destroy it, the fort was returned a few years later. Surrounded by a breathtaking natural setting at the edge of Hudson Bay, Fort Prince of Wales is a little-known monument from almost three centuries ago that connects visitors to a time and place in our country that very few ever get to experience.

West of Riding Mountain National Park, near the Saskatchewan border, sits the idyllic prairie town of Inglis, where five towering grain elevators rise into the sky. The dramatic image represents the last remaining elevator row in Canada. This impressive grouping is the lone survivor of the long rows that once dominated Prairie towns.

At their peak, almost 6,000 grain elevators dotted the Canadian Prairies, sitting every 12 to 16 kilometres along the rail lines. Today, those iconic wooden towers are becoming an increasingly rare feature on the prairie horizon, with fewer than 10 per cent still standing, and only half of those remaining in operation. 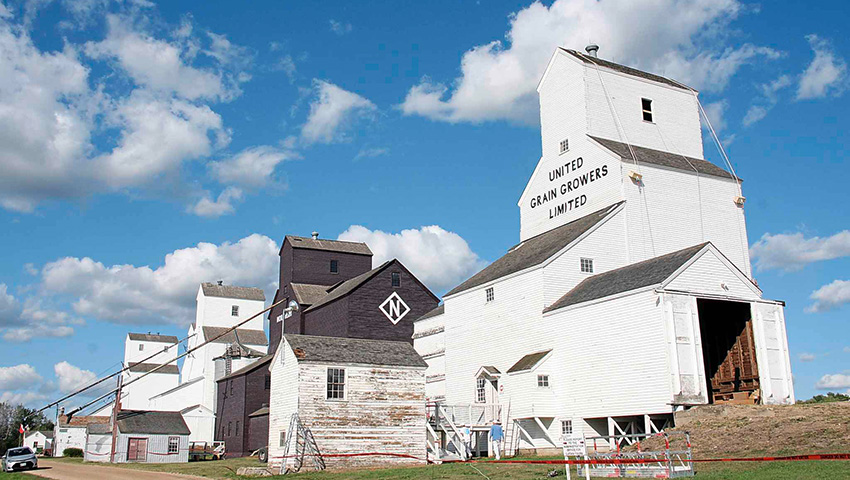 Despite their declining numbers, the iconic grain elevator remains a lasting part of Canada’s identity, embedded deep within our national story. It has been argued that the characteristic design of the wooden grain elevator represents Canada’s only distinct architectural style. The first elevator with the iconic angular silhouette that would come to be celebrated in Canadian art and literature, on currency and postage stamps was built in Gretna in 1881.

Once purely functional structures, they are today a symbolic part of the Prairie narrative, representing the transformation of Canada into a modern nation, connected to the world. The dramatic row of five elevators in Inglis, built between 1922 and 1941, now protected as a National Historic Site, offers a rare opportunity to personally experience an enduring symbol of the Canadian Prairies that largely exists only in our collective imagination.

Just east of Altona, you can find the little village of Neubergthal, recognized as the best-preserved example of a Mennonite street village in Canada. The street village represents a unique and meticulously laid-out town plan with distinct buildings, developed from Mennonite tradition brought to Manitoba from eastern Europe in the late 19th century.

In the plan, a single street called a Strassendorf runs down the centre of the village, lined with a straight row of large cottonwood trees. Long, narrow homesteads, each about 60 metres wide, are aligned side by side, perpendicular to the road. On each property, set back a precise 24 metres, sits a housebarn.

These distinct buildings were traditional Mennonite structures combining the family residence with the livestock barn, connected by a central hallway. This configuration allowed farmers to protect their animals and provide care if issues arose, particularly during cold winters. Neubergthal has several remaining examples of housebarns, including the Friesen Housebarn Interpretive Centre, restored in 2003 and open for visits. The village of Neubergthal is a little-known but fascinating chapter in Manitoba’s built history, well worth an afternoon visit.

These four National Historic Sites represent only a few of the unique historic places in Manitoba that can fill a summer staycation with lasting memories and bring a new appreciation for our province’s architectural history.