The City of Winnipeg cares about the future of Winnipeg’s Exchange District. That is a fact.

Recent press related to the insertion of contemporary design into the Exchange has sparked discussion over the future of the City’s historic gem. Positive or negative, the press surrounding the opening of the Cube in Old Market square has increased historic awareness in the City.

The truth is that the buildings of the Exchange District have fallen into disrepair. Mortar has crumbed and the intricate detailing that characterizes the historic giants of the warehouse district have begun to fade away as a result of years of deferred maintenance and apathy in times when the area was not desirable to start a business or live. 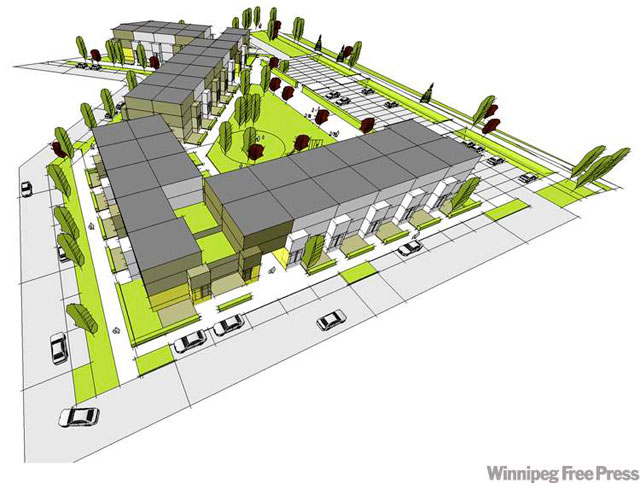 In December of 2002, the Frontier Centre for Public Policy released a document entitled Let's Worry about Stagnation, not Sprawl. It concluded that because Winnipeg had maintained its density in comparison to other cities, urban sprawl should not be a public concern. Planning policies that promoted density were dismissed as "an unnecessary prescription for a problem that doesn't exist in Winnipeg."

How times have changed.

While it may have been true that after decades of slow growth Winnipeg had until then managed to avoid the sprawling suburban development that was beginning to define cities across Canada, in the eight years since, we have more than caught up to the others. With a population increase of nearly 50,000 people over that time, a wave of new auto-centric, low density suburbs are today pushing the city's edges outwards in every direction.

Sustainable Design is much more than LEED

Things of real value are re-furbished, passed-on and maintained.   Things that are valued are usually not misused, discarded or uncared for.  Sustainable design is about creating things that add value to our environment, on a macro and micro scale.  Sustainable architecture should not only create buildings that are valuable to individuals, but also help create cultural and economic structures that are self sustaining and contributors to society. 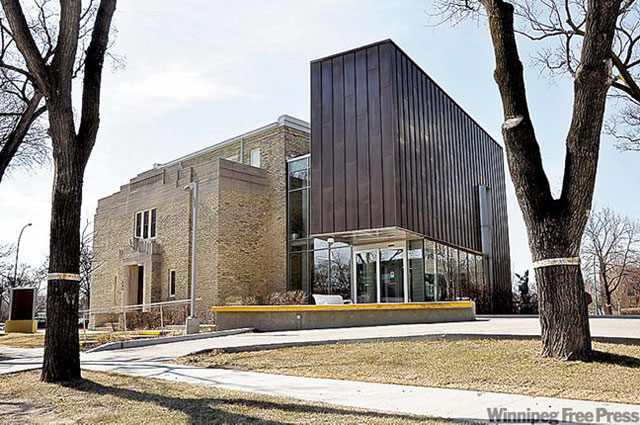 The recent global economic downturn has had a devastating effect on the architecture industry in North America. Nearly one-quarter of all jobs in the profession have been lost in the United States and with construction dropping by 25 per cent last year alone, Canadian firms have also been hit hard.

Seemingly against this global trend, Winnipeg's architecture community has been flourishing in recent years. Several new firms have opened and many others have expanded their business in Winnipeg and abroad. While megaprojects designed by acclaimed international architects rightfully receive much of the fanfare, local designers have seized this period of growth to do imaginative work on smaller projects that are transforming the city's neighbourhoods. 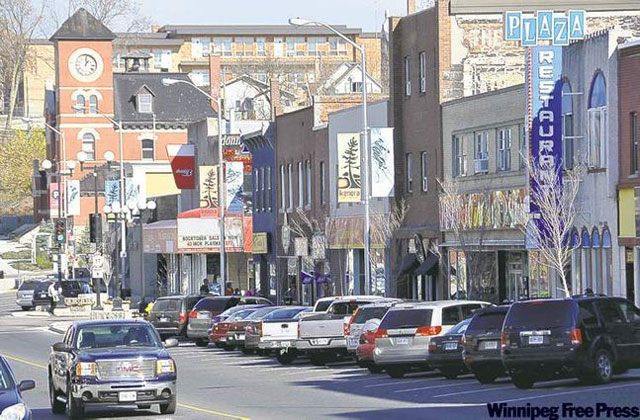 Anyone who has seen the Disney film Cars knows the sad story of the fictional town of Radiator Springs. The once-lively stop on Route 66 was effectively erased from the map when a new freeway was built bypassing the town. The economy crashed. The tire shop couldn't sell tires, the hotel couldn't rent rooms and the sleepy main drag fell into disrepair.

The city of Kenora, Ont., was faced with the possibility of this story becoming a reality when in 1990 the decision was made to build a bypass on the Trans-Canada Highway. This new road would divert 3,500 vehicles every day away from the city's picturesque main street. Coupled with the closing of the paper mill, the city's largest employer for 80 years, Kenora seemed destined to become a real life Radiator Springs.