Following a competitive selection process, Number TEN, in association with Ager Little Architects, was selected to lead the design for a new leading-edge training facility for the skilled trades at Red River College’s Notre Dame Campus in Winnipeg. The project involves a 100,000 square-foot addition to the existing campus which will serve as a new focal point and centre of excellence supporting skilled trades training and development. Responding to the evolving needs of a growing number of technology and skilled trades professionals in Manitoba, the new Skilled Trades Centre will advance Red River College’s position as a national leader in the field of applied technology.

Number TEN is working with Canadian National Institute for the Blind to develop a proposed new CNIB Client Service Centre to be located in Regina’s Wascana Park. The schematic designs for the new facility integrate a simple floor-plan for intuitive wayfinding, light shelves for natural light diffusion that minimize glare, and a host of other design features to make the building accessible for those with visual impairments. The plans also include dedicated space for an additional tenant. CNIB is currently undertaking a fundraising campaign to generate financing for the new service centre. 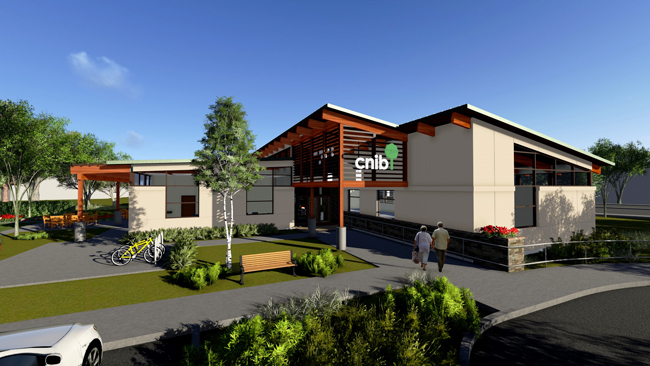 Configurable to a variety of shapes and sizes with the push of a button, the innovative new Club Regent Event Centre in Winnipeg is set to open on May 19th, 2014 with Grammy Award winner’s Huey Lewis & the News. The new technologically advanced venue will host a range of events from concerts, to trade shows and gala fundraisers. 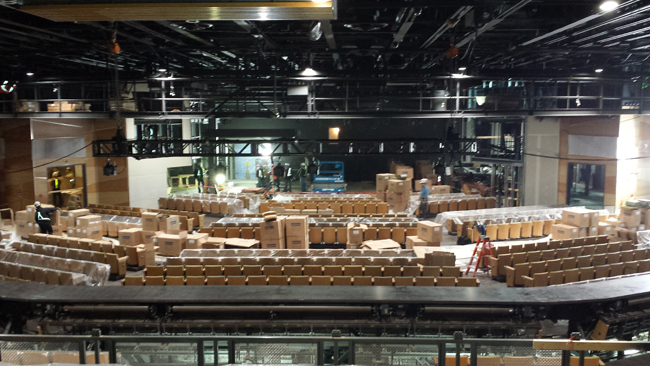 Number TEN is always looking for new and innovative ways to connect with current and prospective clients. We hope you enjoy the improved look of our website news section, now featured more prominently on our home page. In addition, over the next few weeks Number TEN will be rolling out its new and improved blog, called Number TEN Inspired. The new blog will feature a host of new talented staff blog writers who will write about their design influences, the latest trends in building technology and design, their experiences working in the architecture and interior design industries and more. Stay tuned to our website and LinkedIn Company Page for the latest Number TEN news.

Number TEN architect and urban planning visionary Brent Bellamy will be a special guest speaker at the Spur Festival, which visits Winnipeg from March 20-23. Billed as a festival of art, ideas and politics as catalysts for change in Canada, Brent will participate in a special panel discussion entitled Winnipeg: This City in Seven Years, on Sunday, March 23 at 2PM in the atrium of the new downtown Manitoba Hydro Building. Click here for a clip of Brent speaking about the event, along with some of his ideas on the future of Winnipeg’s prized heritage buildings. 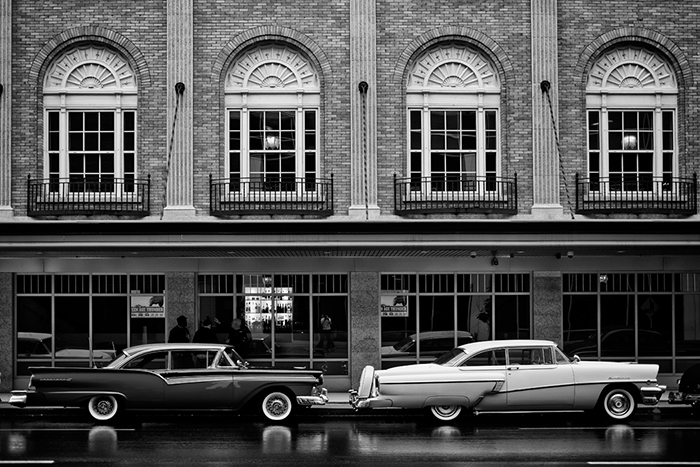 New Winnipeg Transit Garage Opens
Winnipeg Transit recently opened its doors to their brand new 135,000 square-foot transit garage located off Osborne Street. The new facility, capable of holding up to 153 full size transit busses, will improve operational efficiency at Winnipeg Transit while modernizing its services to meet rising current and future demand for public transit. Number TEN served as the architectural design consultant for the design build project, supporting the public consultation meeting, and providing architectural, interior design, contract documents and contract administration services. The design build team was chosen because their design approach best responded to the community design criteria and budget. The project, which was designed to LEED ® Silver standards, was completed on time and $350,000 under-budget. Click here to read more about the project in the Metro News. 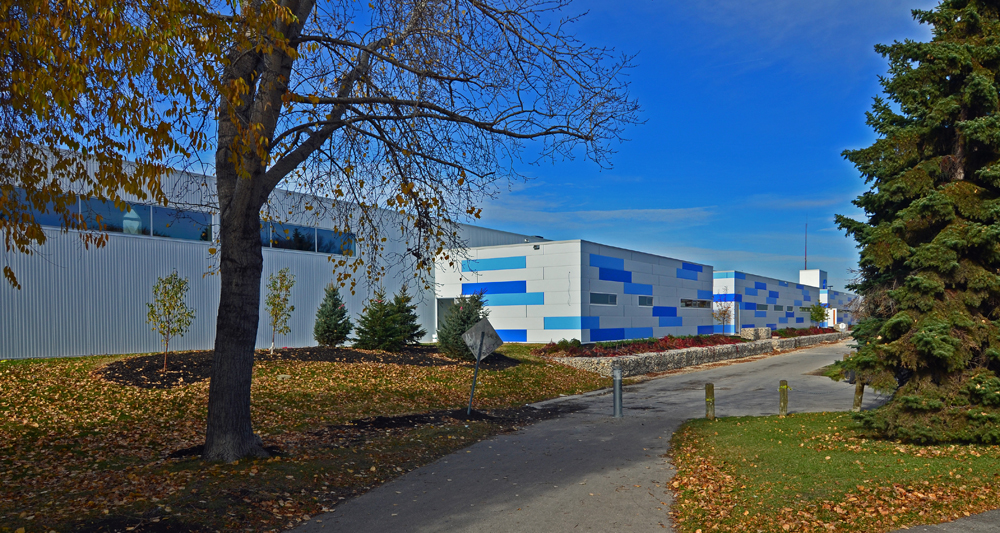 Douglas Park School
In recognition of its wealth of innovative sustainable-design features, Douglas Park School in Regina, Saskatchewan has been awarded LEED® Gold certification from the Canada Green Building Council. This significant achievement is the culmination of years of hard work and attention to detail put forth by Regina Public Schools and the entire project team, and stands as a testament to Number TEN’s commitment to sustainability and innovation in educational facility design.

Centre Square Place
Saskatchewan is known for its ‘living skies’, and this new ten-storey luxury condo development offers lucky condo owners a chance to experience them from a breathtaking new vantage point. Set for completion in March, 2014, Centre Square place in downtown Regina will feature world-class amenities including a rooftop garden, fitness centre and open floor plans with huge windows to take in the views of nearby Wascana Park and historic College Avenue.

CEO Robert Eastwood Speaks at BOMA Membership Luncheon
Number TEN partner and CEO Robert Eastwood updated the Building Owners and Managers Association on some of the exciting new projects underway as part of downtown Winnipeg’s SHED district redevelopment initiative. Mr. Eastwood focused primarily on the redevelopment of cityplace, and its strategic importance as a major retail centre and central hub connecting the downtown through the weather-protected walkway system. Click here to see the news article from Metro news: http://metronews.ca/news/winnipeg/939714/cityplace-facelift-could-include-exterior-work-architect/

The September 12th article in the Winnipeg Free Press entitled Grand Designs, celebrated the notable work of Winnipeg’s Landscape Architecture professionals. As Architects, Number TEN has led the building design in a number of these celebrated landscapes including The Assiniboine Park, The Ducks Unlimited Canada Head office and the Oak Hammock Marsh Interpretive Centre.

An appetite for Restaurant Design

Number TEN is thrilled to be designing two very significant restaurants in Winnipeg. Food Evolution will open as a new WOW! Hospitality restaurant in the Peguis Pavilion at Kildonan Park. Number TEN is renovating the Pavilion, which it originally designed in the 1960's. The restaurant will attract new interest in the building and increased visitation to Kildonan Park.

Number TEN is also pleased to have been awarded the design for the new restaurant for the Canadian Museum for Human Rights to be operated by the Inn at the Forks. The restaurant will support local producers and align with human rights principles such as fair trade sourcing and environmental sustainability.

Canad Inns is proud to partner with the Health Sciences Centre to present a state of the art facility designed by Number TEN located in the heart of Manitoba’s largest healthcare campus. The grand opening was attended by the Mayor, the Province and other local business leaders.

Canad Inns Destination Centre Health Sciences Centre, provides comfortable and secure lodging for patients and their loved ones, scientific researchers and medical professionals. Attached to the Health Sciences Centre, Winnipeg’s largest hospital and medical facility, the hotel is adjacent to the new Kleysen Institute for Advanced Medicine Research Centre. It is in close proximity to the new Women’s Hospital, CancerCare Manitoba and the University of Manitoba faculty buildings for Medicine, Dentistry, Nursing and Medical Rehabilitation. 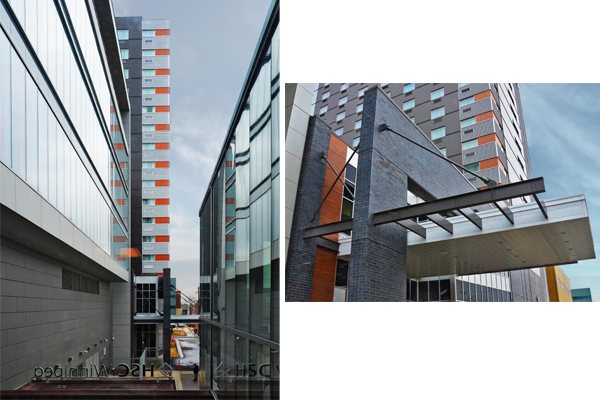 Number Ten is a 2013 recipient of the Winnipeg Chamber of Commerce Spirit Awards. The Spirit of Winnipeg Awards are co-founded by BDO Chartered Accountants & Advisors and presented with Fillmore Riley LLP. The Spirit of Winnipeg Awards recognize innovation, striving for better approaches and practices that contribute to the vibrancy of our businesses and our City. Number Ten was selected a winner in the medium size business category. Congratulations Number TEN.